A girl walked through the daffodil field when a frog came toward her, demandingly asking for a kiss.

"As long as you kiss me, I will become a prince again." said the frog.
"What good would it do me?" said the girl.
"You'll be infected with Salmonellosis. Don't worry, it can be cured."

She declined the frog and walked away. No wonder he was still a frog, she thought. She wondered what had happened to him and who had cast the spell on him, but she knew curiosity killed the cat. She would rather not get into trouble. Otherwise, she could have pointed out his flaw and they could probably come up with something together.

Thus this story just couldn't go on. Sometimes some suicidal tendencies make the story flow, you never know. They said the frog still lived in the daffodil field afterward and kept asking girls passing by for a kiss. Some girls asked him to fuck off, others pretended they heard nothing, and still others politely suggested him to see a frog therapist. There was one time the prince almost made it when a girl shrieked and passed out. He jumped onto her face and kissed her lips, but it didn't seem to work (yet he did infect the girl with Salmonellosis.) It took him a couple of days to find out his note and realize that it was he that should be kissed. He was very depressed. 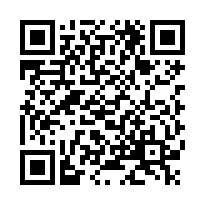