One thing about modern medical system is that they treat you as a car. When a part of you damaged, they repair that exact part. When more parts broken, you must be treated by various doctors, and one doctor doesn't really know about what another doctor does, so called division of labor. As I walked across the mostly decorated white, bright, air-conditioned, spacious hospital hall, I felt like I was treated worse than a broken car in a auto repair shop. A broken car at least doesn't drive itself to one engineer after another, but I had to move between doctors' offices while being terribly weak. It was a weekday morning and seats for waiting were mostly occupied. I finally got a seat and hoped my number came soon, which of course did not happen. Is that why "patient" also means "patient"? From my point of view, a patient should be called "a fit" or "a strong". You need to be fit or strong to sit there waiting to see your doctor, seriously.

Just like you never understand what the engineers bubble about your car, you seldom understand what the doctors say about your body. The difference is that you just need to know the payment and the time to retrieve the car, but you really hope your doctors tell you more about what's wrong with your body. Yet doctors share little knowledge when asked. Most of them do not explain. When they do, they use ambiguous language, leaving you wonder if you'll be cured. Perhaps they save the knowledge to prevent a potential lawsuit? Anyway, they concluded that it was no big deal, and you fully understood they'd seen too many and were numb while your pain was so real that you wanted it to STOP. The doctor stared longer at the computer monitor than at you, pressed keys, and sent you out. Why did they spend so much time on previous patients and gave you only five minutes? Well, you should be happy, your condition is not so bad. How about the pain? Well, you'll recover. But when? Now leave, next.

No wonder holistic medicine gain popularity. Anyone that has to see more than one doctor on the same day will go for it. I spent the whole morning waiting for two doctors in exchange for fifteen-minute diagnosis. And some medicine, which I didn't wait for long to get. Thank gods. 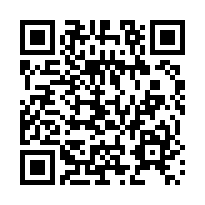